In 2003 Klaipeda City Council established the Public Transport Authority (PTA) Klaipėda Public Transport. The main idea behind this was to create a balanced policy which could help manage public transport in Klaipėda city. Responsibilities of the PTA include managing the ticketing system, scheduling, passenger control, information systems, planning and establishing of new bus routes. From 2009 Klaipėda PTA is also managing the paid parking system in the city centre. 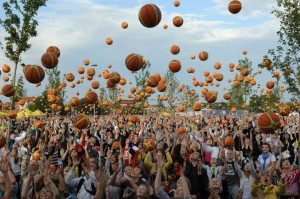 The city of Klaipėda the third largest city in Lithuania. Klaipėda has a population of 158 541. From the west the city is washed by the Curonian Lagoon and the Baltic Sea and in the centre it is crossed by Danė river. Klaipėda is the only industrial port in Lithuania and is often considered the most northern ice-free port of the Baltic Sea. Klaipėda is developing quite intensively as a port city with high quality of life as well as an attractive natural environment.

The history of Klaipėda is very rich. It has been controlled by the Teutonic Knights, the Duchy of Prussia, the Kingdom of Prussia, The German Empire, the Entente States immediately after WW I, Lithuania as a result of the 1923 Klaipėda Revolt, and the Third Reich Following the 1939 German ultimatum to Lithuania. The city was incorporated into Lithuania during its tenure as a Soviet Socialist Republic and has remained within Lithuania following its re-establishment as an independent state.

Old town of Klaipėda is quite different from other towns in Lithuania because its very compact and has a lot of historic buildings dating from the 13th to 18th centuries. Some of those half-timbered contruction buildings resembles to that found in Germany, France, England, Denmark and Southern Sweden. Klaipėda was considered as one of most beautiful towns in the Northern Europe region but it was very damaged during the World War II.

What can summer school participants expect?

Pupils can expect an overview of the public transport system directly from its operator beginning with its origins and development to this day. In situ transport situation will be observed via bus, cycling and on-foot trips. Recreational activities involving pleasure and study purposes are planned throughout and in the natural environment surrounding the city. Basketball, volleyball, museums, sandy beaches, green forests and a good companionship are guaranteed.

What is your assignment at the BAYinTRAP project?

Klaipėda Public Transport authority will be responsible for monitoring, feedback and policy adjustment of the project. Main task will be to identify valuable transport improvement ideas, to convert those ideas into policy recommendations, to present them to the corresponding authorities for evaluation and possible implementation in local transport policies. 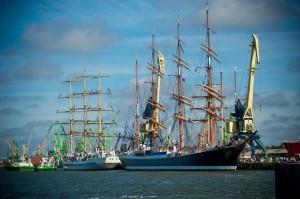